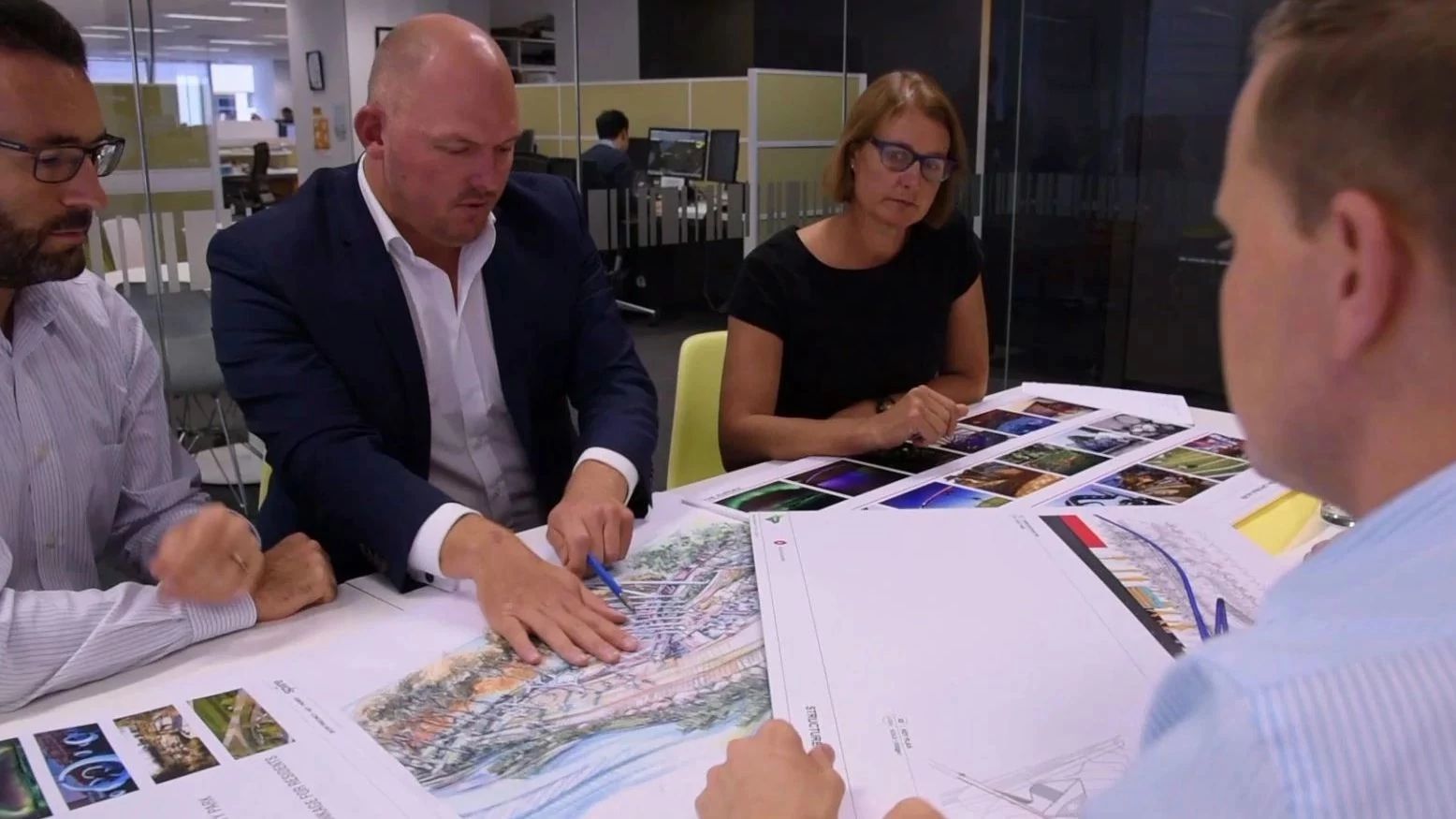 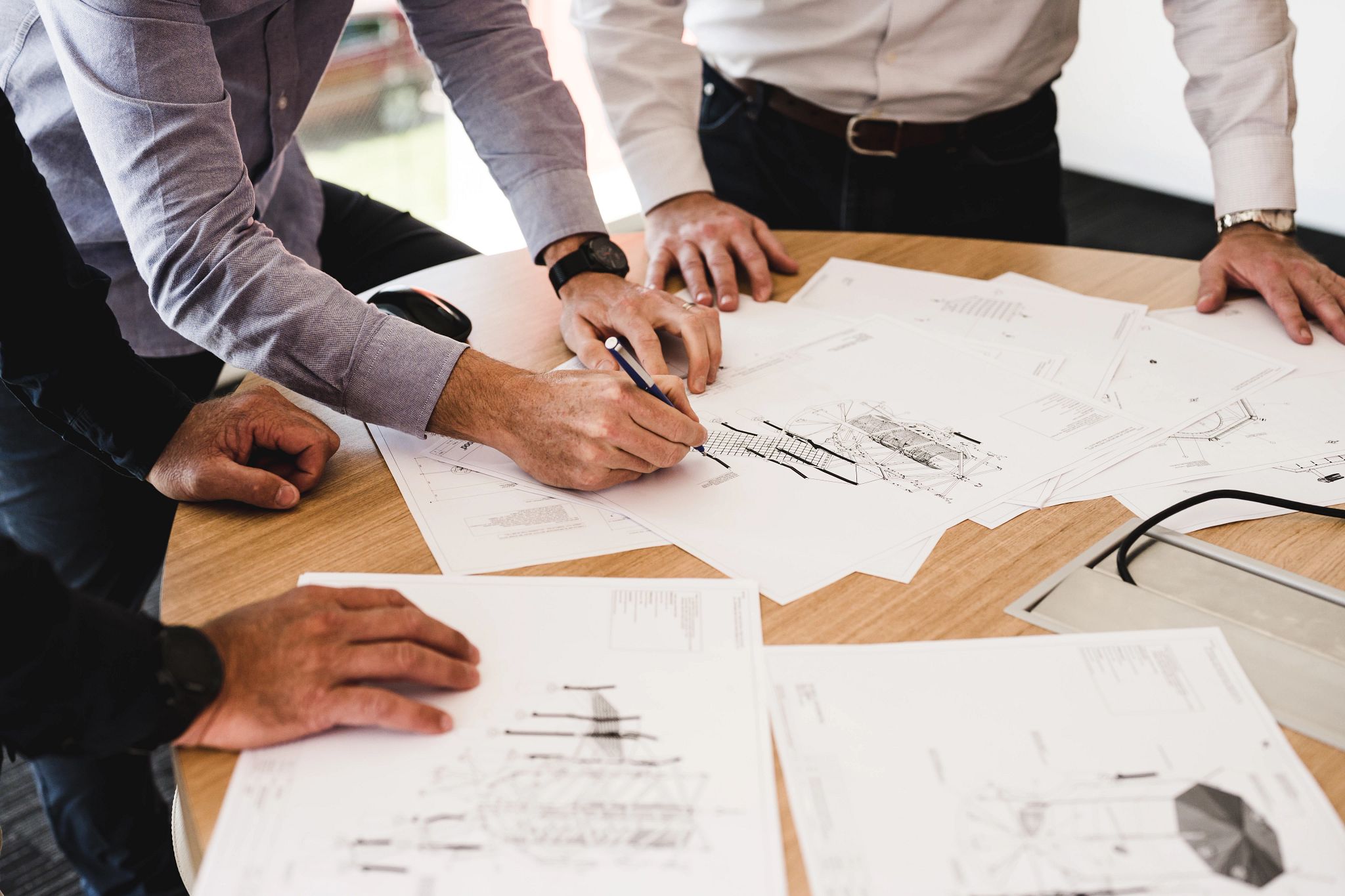 Q&A: The secrets of unlocking a great project outcome – Part 1

Collectively, they’ve spent more than six decades shaping outdoor spaces and communities across Australia. But while landscape architects Darren Taitoko (Landsite), Esther Dickins (Scott Carver) and Melany Masel (GbLA) may work for very different practices, and clients, they share many similarities in the way they’re currently working with Fleetwood to get the best outcomes for their projects.

To explore their experiences, approach and advice for others who might be considering working with Fleetwood for the first time, we recently caught up with all three from their studios in Byron Bay, Sydney and Melbourne respectively. Thank you for speaking with us, guys. Can you start by sharing how you generally go about working with Fleetwood on a new project?

DARREN TAITOKO (Landsite – Byron Bay): I spent the first 12-13 years of my career working as an LA under the direction of architects, so I have that architectural background in terms of briefing sub-consultants and sub-contractors about what we’re hoping to achieve. So that’s how I approach it. Right from the outset, we get everybody on board about what we’re aiming to deliver over the course of the project.

ESTHER DICKINS (Scott Carver – Sydney): I find working with Fleetwood is quite unique. Whenever we have a project, we simply have to make a call to say ‘we’ve got something else coming up’ and the whole process begins from that. We’ll normally already have some initial concepts and an idea of the character we’re looking for. But obviously we’re not structural designers, and that’s where Fleetwood adds so much value. While we might have fanciful ideas about amazing structures and how they might work, but what’s always been incredibly useful to us is we can draw a sketch, even just a very rough sketch, and that will be pretty close to what Fleetwood comes back with.

MELANY MASEL (GbLA – Melbourne): It’s usually quite a simple process to get Fleetwood involved. Our most recent project together was creating a Play structure at Brompton, near Cranbourne. We prepared a concept drawing for the main tower, then contacted Fleetwood in the very early stages to discuss feasibility in terms of design and budget. We also looked at a couple of other suppliers, but Fleetwood was best able to work with us to achieve our proposed design within budget. Obtaining support from Council for elements such as the tower’s timber cladding was quite challenging, but Fleetwood was also able to assist with getting that across the line.

There seems to be a common theme about the importance of involving your partners – Fleetwood or otherwise – reasonably early. Would that be fair to say?

DARREN TAITOKO: Absolutely. From a business management point of view, it makes the delivery of projects so much easier. It means we don’t have staff or partners going off on tangents and reinventing the wheel. ‘We want to design this shelter and do all these great things.’ If the involvement is not up front, then you may end up going back and saying ‘but it doesn’t look like anything else in the project!’ It really helps in setting up that that style guide and expectations, right up front.

ESTHER DICKINS: Involving a partner like Fleetwood early on makes a big difference, particularly with project timings. One of our current Play projects is at Blacktown in western Sydney, it’s a physical literacy space, and having Fleetwood already involved means we can be talking about ‘okay, what do you need in terms of programming to get everything manufactured and ready when it’s needed?’ That’s actually a pretty common challenge with play equipment, especially if it’s being sourced from overseas – there are always delays! The contractors never seem to order things early enough, so by having Fleetwood involved from the start means things can be far more effectively programmed into the overall project, including the manufacturing and when everything needs to turn up on site so it fits smoothly into the construction programme.

Thinking of your recent projects, would you say Fleetwood has been collaborative and engaged, even in those early stages before any contracts have been signed?

DARREN TAITOKO: I’ve always found Fleetwood to be very engaged, contract or otherwise. If I think about all the projects where I’ve offered assistance and advice over the years and nothing has eventuated, I’ve always seen it as, ‘sometimes you win, sometimes you lose’. You set out to win everything and give it your best shot. But sometimes it just doesn’t quite work out. That said, over time it tends to work out more and more. You get to know each other better, what works, what doesn’t work and what everyone’s expectations are. Fleetwood really seems to get that.

ESTHER DICKINS: Even with fairly early sketches and only a basic concept idea, Fleetwood is very happy to jump in, even when there are no guarantees. You’re always able to take our crazy sketch ideas and make them work, often without any fuss on our part. I don’t think we’ve ever put something in front of Fleetwood where you’ve said, ‘no, you can’t build that’. You may have said ‘that looks expensive’, but you can always make it! Your initial ideas and input is given very willingly too. That really helps us, but it also gives you the opportunity to meet with the client, so they can see the value Fleetwood can bring to the project too.

MELANY MASEL: Fleetwood team was very engaged on our recent Brompton project, right from the start. It made the whole collaboration process very smooth and productive. Joel (Watson) and Travis (Lane) also came to our office to run through the designs in person, which was very helpful.

Do you feel Fleetwood are good at embracing your creative vision and doing what’s required to bring it to life?

DARREN TAITOKO: I do, and a great example is our current White Rock project in the Ripley Valley in Queensland. One of my first briefing comments was to suggest thinking of ‘Skippy’ the TV show, with that 1960’s international style meets Australian Bush architecture. Part of the project is this huge adventure playground, and with the park infrastructure we really wanted to capture the feeling of an older style National Parks aesthetic and to explore how that could be transferred out. We’ve worked with Mark Jol (Fleetwood Design Technician) and the design team through a few iterations, and we’ve now settled on something that has evolved through that process. It’s currently with Council for approval and we’re really happy with how the aesthetic works with our original vision. Having said that, we actually had a few challenges because Council didn’t want to use any timber in the playground or park infrastructure. We initially saw the shelters and facilities having panelled plywood with the angular forms like you get in the old National Parks buildings. Together with Fleetwood, we landed on an option that uses polished compressed cement sheets. It’s a very modern interpretation of the original idea.

ESTHER DICKINS: Fleetwood absolutely operates as part of the wider team, which in my experience isn’t all that common. Overall, I’ve also found Fleetwood stays very involved all the way through and it’s a very solutions-focused approach. You add to our ideas and you make them even better with your expertise.

Watch your email inbox for Part 2 of this exclusive Q&A, to be published next Friday.

Timber often gets a bad rap when it comes to durability - but it's a perception that's largely driven by incorrect usage...

Rather than engaging different suppliers at different stages of a project, there can be very real benefits of working with a centralised team from concept to completion.

Are you losing money (and control) with too many external suppliers?