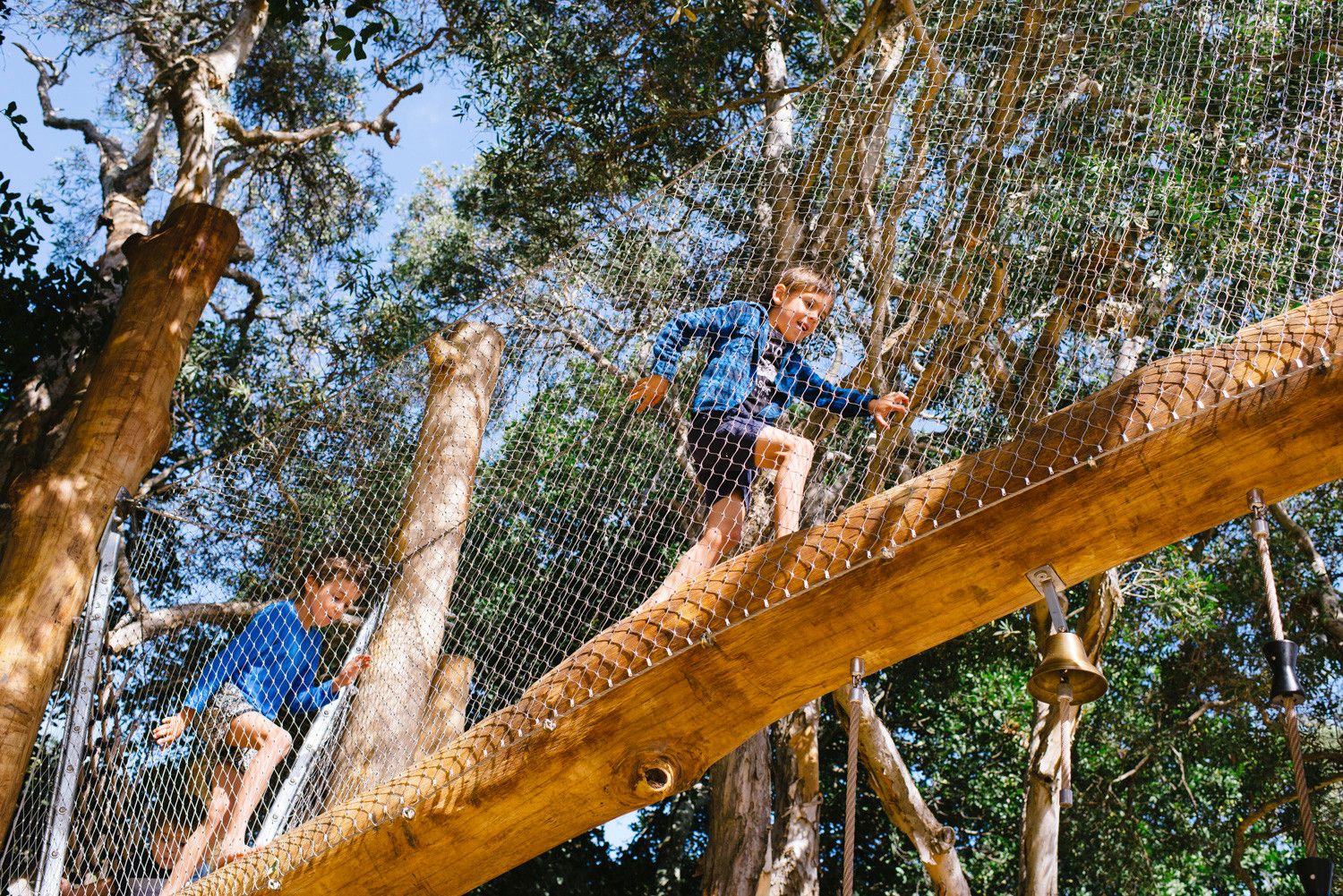 After Byron Bay’s old train station was closed in 2004, the adjacent park at Railway Square became increasingly forgotten and underutilised. More than a decade later, Byron Shire Council drew up ambitious plans to revitalise the community space through the creation of Byron Bay Railway Park, designed by Plummer & Smith Landscape Architects. As part of the wider project, Fleetwood Urban was contracted to collaborate on a highly creative custom play structure to encourage local families to rediscover the once-buzzing heritage precinct in Byron’s town centre.

Fleetwood was appointed on the direct recommendation of Plummer & Smith Landscape Architects to collaborate on the new park’s hero play structure. Guided by our Design Execute2™ delivery process, we began by discussing and refining Plummer & Smith’s early concept sketches, turning them into detailed 3D drawings which proved critical in garnering local support via the Council’s community group consultations. A number of revisions were made and we then progressed the approved concept designs into drafting and design detailing, before leading the construction and assembly stages. To maximise project efficiencies, while simultaneously reducing disruptions at the site, the main structural components were pre-assembled in the controlled environment of our Wetherill Park facility in Sydney, before being transported north to Bryon Bay for smooth and safe installation.

Byron Bay Railway Park was identified as a key deliverable in the Byron Bay Town Centre Masterplan (2016). It was developed by Byron Shire Council in direct consultation with a Masterplan Guidance Group, 22 highly active members of the Byron Bay community.

Great communication, quick responses that are clear, open about pricing.

In my 15 years in the industry, I have not seen projects consistently finished to such a high standard with attention to detail that is delivered by Fleetwood. This is also true for the bespoke items where details and materials have not been used before - maki ...

We always consider price and quality alongside each other/together and that is what influenced us to go with Fleetwood and they have definitely delivered on every promise to date.

What I most enjoyed about working with Fleetwood was their hands-on approach & their ability to give responses quickly. The most critical part of the project was timing & the Fleetwood team got it right. They are willing to do anything and delivered on every p ...

Fleetwood's hands on approach and small team meant we got responses quickly. They are willing to do anything.